Cybersecurity became a great concern for businesses during 2016. Here are just a few statistics:

Over 70% of blogs currently are vulnerable to the most simple hacks and last year, at least 22,000 WordPress sites were hacked.  The true figure probably is much greater than the 22,000 that were reported, but even 22,000 equates to around 60 blogs a day, seven days a week. And this is just WordPress alone.  Add the other blogging platforms and the figures become far worse.

Panda Labs states that, in just the third quarter of that year, some 18 million new malware threats were identified by one company.  That is 200,000 EVERY DAY.  Malware grows day by day and is constantly evolving in order to bypass many standard levels of anti-virus and other means of protection

The FBI also reported in June 2016 that an average of 4,000 ransomware attacks occurred each day throughout 2016 to the date of their report.

In response to clients’ requests, we have created our Total WordPress Maintenance packages.  We show below the four standard packages and also our SEO Add-on.  On our Services page we give more detail and/or explanation but do contact us if you have any questions.

Don’t miss the significant savings offered by our discounted annual rates. Pay for ten months and get two months free!

Please note that, throughout this website, all prices are given in US dollars. 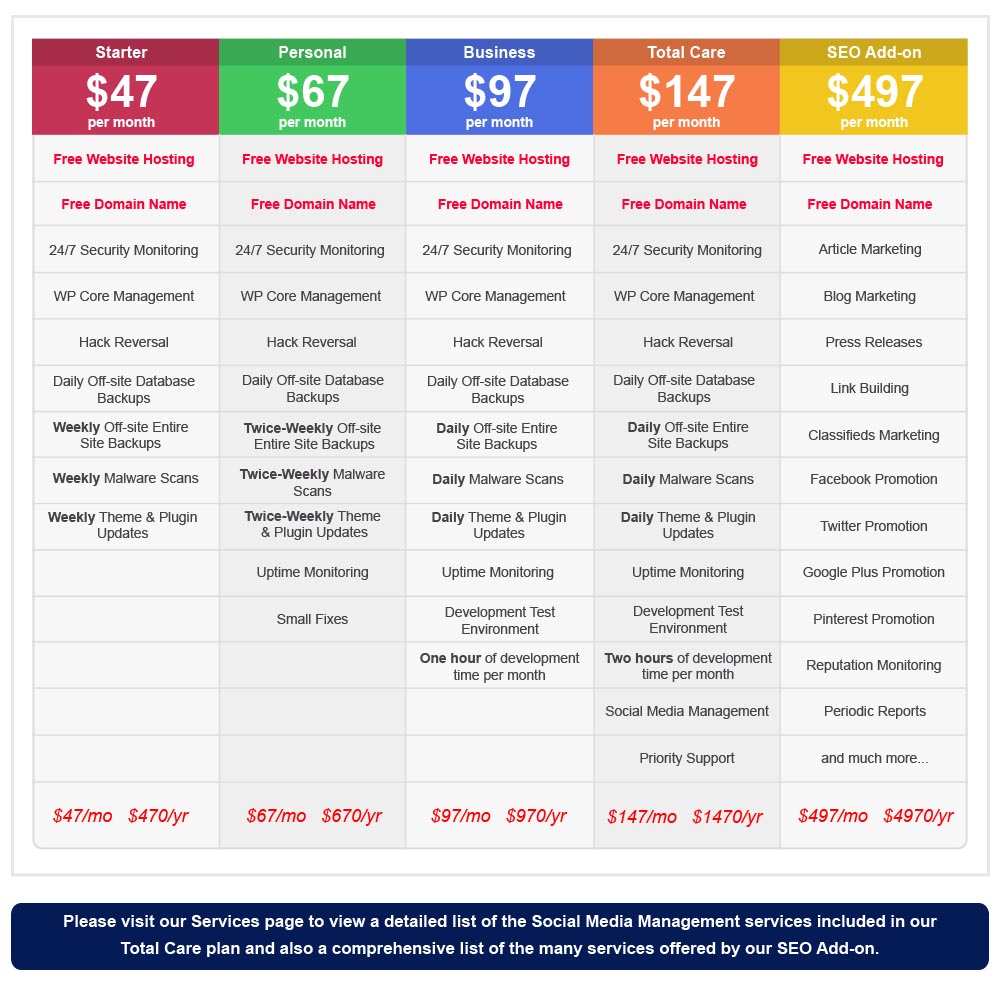